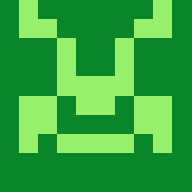 Been a long (long!) time reader of the Recalbox forum, but finally decided I really should join, hence I look like a newbie as only joined in 2017.
Got a Retropie setup, as well as Recalbox, but I much prefer Recalbox - it just....works! And thats what matters.

Started off in 1984 with a Sinclair ZX Spectrum, moved across to a C64 & then onto the Amiga.
I was involved in the Amiga scene & was a member of a few cracking crews, and also done music demo's, which unfortunately there arent many left. Im known as SMURPHOID on the Kestra Amiga demo database.
If you search for "Access - Symbolia - Amiga Demo" you can see a lot of my graphic animations despite the comments left, & I think one of my music demos is still there if you look for "Access - Accessive Music Vol. 2" (I also did the graphics on the loading screen with the howler of a spelling mistake) - ah to be young again....